“When our organization first was founded and the membership took off, it was in the fight to save Humbug Marsh, so we’ve always had a large Downriver presence,” said the Director of Operations for FDR, Tricia Blicharski.

The Detroit River also became an Area of Concern (AOC) because of the Great Lakes Water Quality Agreement of 1987, which helped prompt action for those concerned about the pollution in the river. 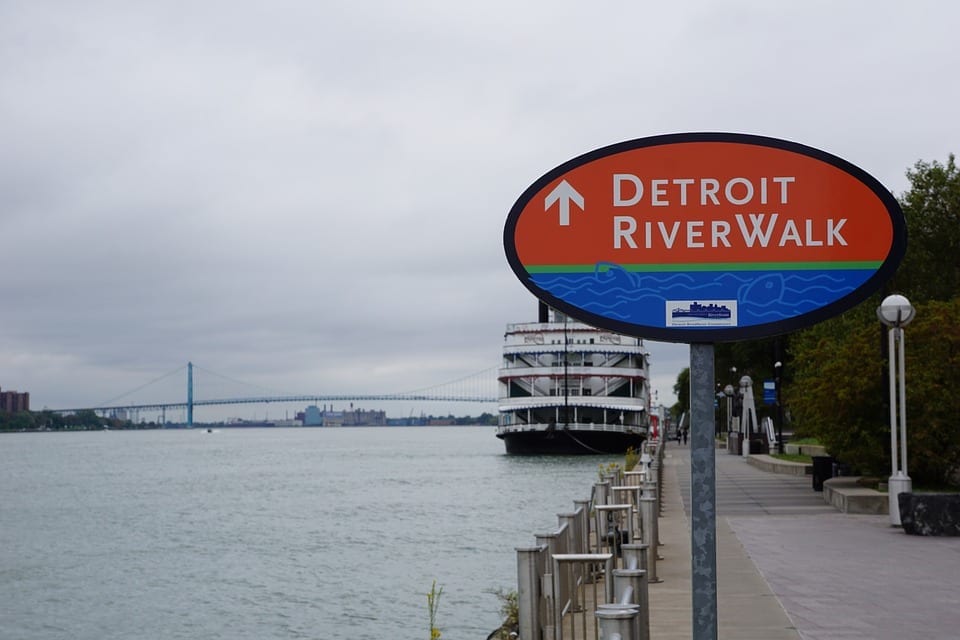 According to the EPA, “An AOC is a location that has experienced environmental degradation.” And the Detroit River fell into that category as pollution rose and water levels fell which meant bad news for the habitats occupying the river floor.

“As the ships got bigger, they’d have to start dragging them out [of the river], so a lot of the fish habitats were destroyed,” said Riverkeeper Bob Burns.

Once they started, FDR recognized many areas of need along the river and have expanded their reach to multiple restoration projects. From the Sugar Island Habitat Restoration to the Blue Heron Lagoon, FDR is trying to preserve miles of valuable land and coast line.

They only have a couple of staff members though, and funds can sometimes be hard to come by, which is why the support of the community is vitally important to their efforts.

The Riverkeeper Dinner is an event used to celebrate the work done over the course of the year, but it’s also used to help raise funds. According to the FDR website, the dinner is “central to the mission of the Friends of the Detroit River.”

FDR has definitely changed over the years though, and the way they’ve raised funds has as well.

“We came from small beginnings and really developed into what we are now. We went from doing spaghetti dinner fundraisers to managing multi million dollar habitat restoration projects in the matter of a decade or two,” Burns said.

Other than fundraising, FDR also puts on events to educate the general public about the river and its environment. FDR helps with a World Wetlands Day at Gibraltar Carlson High School, and they do an annual event called Shiver on the River, “a family oriented event, designed to bring people down to the river and to Belle Isle Park, and to educate people about the importance of the river and the need for effective stewardship,” according to the website.

Another “staple” event they do is a Water Festival which will go on in the fall that is a day-long event dedicated to educating middle school kids in Detroit about how fresh, clean water is a valuable resource.

It’s a long itinerary for a staff of only a handful, but they truly believe and stick to their mission statement that fuels everything they work towards.

“Our mission statement is basically that our role is to protect the Detroit River through various methods, through education, development of stewardship and working with scientific research,” Burns said.