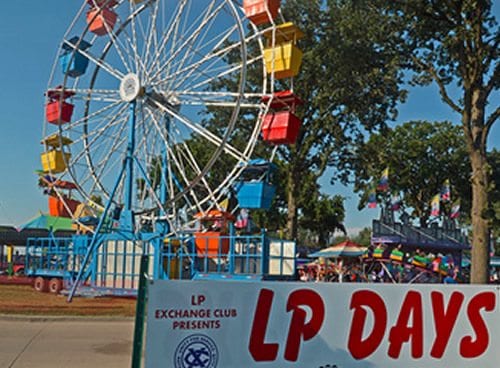 The entire Downriver area was once home to the Potowatomi Tribe. They roamed the area looking for deer, bear, fox, and other furbearers that could provide them with the necessities of life.

The entire Downriver area was once home to the Potowatomi Tribe. They roamed the area looking for deer, bear, fox, and other furbearers that could provide them with the necessities of life. The land was not lined with highways, streets, and buildings, but rather served as a wooded hunting ground complete with streams and rivers. Historians believe that it was around 1669 when the first white man came to the area, arriving by canoe from Quebec.

As time passed, French settlers arrived and began to setup what was called “ribbon farms” which fronted the Detroit River or the Rouge River. Not long after, the English came to the area. It was in 1763 in present day Lincoln Park that the great Ottawa Chieftain Pontiac called for the tribes of the Midwest to unite and plot the destruction of the encroaching white man. History records that the meeting was held on the banks of the Ecorse River. Although Pontiac’s Rebellion resulted in the overthrow of many English Forts, Pontiac failed to take his prime objective – Fort Detroit; and his goal of driving out the white man was shattered.

In 1776, the Potowatomis deeded 4000 acres to one man, Pierre St. Cosme, for what they called “love and affection.” Included in this land were parts of what would become Wyandotte and Ecorse and all of Allen Park and Lincoln Park. After St. Cosme died, his family sold portions of the land to names that are recognizable even today: LeBlanc, Campeau, Bondie, Salliotte, Beaubien, Cicotte, and Drouillard. Some of the earliest settlements built in present day Lincoln Park were located in the southern section along Goddard Road. Early accounts describe the area as densely wooded with an occasional clearing.  In 1827, the entire Downriver area was incorporated into the Township of Ecorse.

In the mid 1800s, many German immigrants arrived with names like Keppen, Quandt, Dasher, Gerisch and Goodell. In the early 1900s, a business district developed at the corner of Fort St. and what is today Southfield Road. Henry Ford’s 5 dollar a day wage sparked growth as many auto workers bought property in Lincoln Park to be close to the Rouge Plant. In 1921, Lincoln Park incorporated as a village and four years later transitioned into city status.

Lincoln Park has persevered through some tough times becoming a mature, stable community where citizens enjoy a moderate tax base, excellent school system, nice parks and recreational facilities, a community renewal program, a well-regulated city government, and its own outstanding museum of local history. Visit the Lincoln Park Historical Museum and learn more about the intriguing changes that has made Lincoln Park what it is today.