When you’re a 19-year-old only in your second year of college, giving back to your community is probably not of the highest priority on your mind. In fact, it might be pretty far down the list, but for Devankar Mukhi, community service and giving back have become of the utmost importance.

Mukhi is currently the president of the Rotaract Club at Wayne State University. Rotaract is the college segment of Rotary and is open to anyone from the ages of 18 to 30.

“Usually in Rotary, you have to have some kind of professional background, and Rotaract really takes that out of the picture because it allows you to be a part of it without having all those requirements,” Mukhi said.

Back in high school, Mukhi joined the equivalent of high school Rotary, called Interact. He joined the club on a whim and had never actually done community service before. He learned very quickly that giving back to your community wasn’t really all that hard. 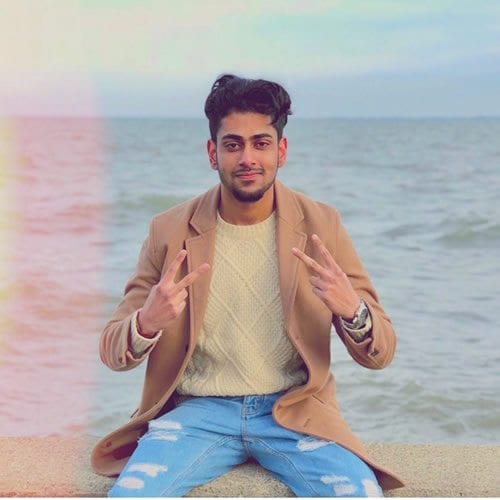 “Doing community service is really cool. I was able to meet a lot of interesting people and charismatic adults while I was doing it,” Mukhi said. “And I didn’t realize how easy it was to help out the community. All you need is time, and I had the time, so I did it.”

Mukhi does a great deal of things as president of the Rotaract club, but he is also now on the board of an exciting new event in Downtown Detroit this April called Detroit Peace in the Streets. This 2-day conference’s goal is to increase peace in three different areas: peace in the schools, peace in the home and peace in the hood.

Each section of the event will have different speakers according to their subject matter, but Mukhi believes every part of the conference could have a huge impact on how others view violence and conflict.

The idea for the conference first came about after the Rotary had a peace conference in Ann Arbor. That conference was centered around international peace, and that’s when the wheels in Dr. Frederic Pearson’s head started turning. Dr. Pearson is an active Rotarian member and a teacher at Wayne State University. Mukhi said, Dr. Pearson began to think of a conference that wouldn’t talk about international peace but peace for our community, as it needs to start close to home before it can spread worldwide.

“The whole point of this [conference] is to make people aware,” Mukhi said. “We really want college and high school students to come out because they are the future, and if we can get them aware about these issues, we can definitely have some big things happen.”

Mukhi doesn’t want the conference to be a one-time deal or an event where someone forgets what they learned the next day. He wants it to bring actual change and to become a huge annual event in Detroit.

“After our students and whoever attends this conference become aware of these issues, I would like to figure out what our attendees can think about planning for and brainstorming sustainable projects in Detroit that are related to these matters,” Mukhi said.

Although this conference is taking place around the same time as A March for Our Lives, Mukhi says it’s not just about that but a bigger overall theme.

“We’re talking about a lot of issues. The March for Our Lives protest is attaining peace in one area, and we are going in-depth in three areas by breaking those areas down into different topics,” Mukhi said. “So gun violence isn’t a topic we’re talking about, but we are talking about active shooters.”

The conference takes place April 20-21 and is highlighted by multiple events including a “Hands Across the Mile Roads” event to the Birwood Wall taking place on Saturday. Tickets are only $30 for the general public and $15 for high school and college students, but that includes meals, transportation and a t-shirt for the first 150 people signed up commemorating the conference.

Now as Mukhi gets ready to help with the conference, he’s already looking forward to the next community service project he can do with Rotaract.

“Volunteering has changed my view on the world,” Mukhi said.  And we agree because in order to make a change…it begins with us.  We hope that you will join us from Discover Downriver in supporting the efforts of Devankar and the Detroit Peace in the Streets organization.

Prev Next 1 of 20
error: Content is protected and copying of any contents within is prohibited.