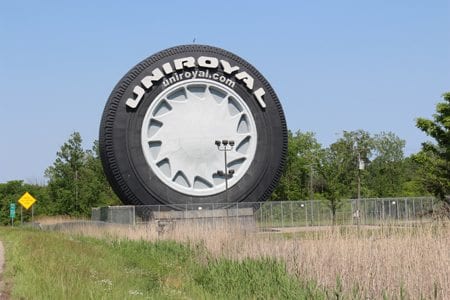 Allen Park’s interesting history can be traced through a number of different groups. Early on, Native Americans would come and go as they hunted, fished, and canoed along the banks of the Ecorse River. 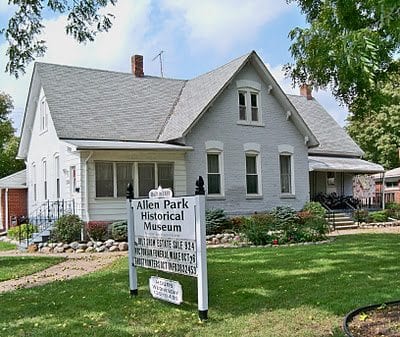 Allen Park’s interesting history can be traced through a number of different groups. Early on, Native Americans would come and go as they hunted, fished, and canoed along the banks of the Ecorse River. In the 1700s, the French were the first to actually settle in the area and after the land was cleared, German farmers started to arrive in the 1800s. In 1827, Ecorse Township was established when Michigan was still a territory.  At one point, the area was characterized as a “lazy, farming hamlet,” but Allen Park’s residents came to desire their own identity. In 1927, the Village of Allen Park was cut out of Ecorse Township and the seven square miles would eventually become the City of Allen Park in 1957.

Henry Ford’s $5 workday enticed many farmers to sell their land to developers and go to work for Ford Motor Company. With the promise of steady work and good pay, immigrants of all nationalities flocked to the area and Allen Park grew. Hungarians, Poles, Italians, and Armenians moved in, becoming the major ethnic groups within the community. Ford Motor Company is still a strong presence in the Allen Park today. Among the city’s celebrities there have been writers, radio and sports personalities, cartoonists, and fashion designers. Towering over the I-94 corridor in Allen Park, the Uniroyal Giant Tire has become an American icon, and although the Veterans Administration medical center is gone, it will forever live in residents’ hearts. Enjoy more of the city’s story by visiting the Allen Park Historical Museum.