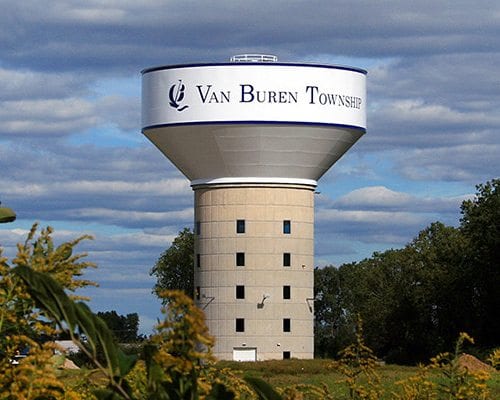 Nearly all of the first white settlers who came to Van Buren Township were Frenchmen looking to hunt and trap for the fur trade. Although it may seem obvious, Van Buren Township was named after America’s 8th president Martin Van Buren. On April 6, 1835, two years before Michigan was made a state, Van Buren officially became a township after being created out of Huron Township. Before the year 1875, most Township business was done in private homes, until the matter of erecting a city hall was introduced. The first Van Buren Township city hall meeting took place in what is now the Belleville Area Museum.

The creation of the Belleville Lake changed the area into one of leisure. City people came from all over to go swimming and fishing, and many people began building summer lake cottages that overlooked the now beautiful shore.

Today, Van Buren Township has an extremely convenient location in between two major airports and highways. The Township is still a great place for recreational and leisure activities, and at the moment there are several industrial and commercial areas under construction that will help grow and better the community.